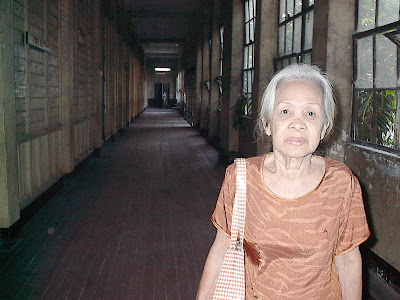 When she was 13 years old, Lola Dolor was held captive in a classroom at Emilio Jacinto Elementary School in Tondo, Manila. She was raped several times, by several Japanese soldiers before she lost consciousness. Down the hallway you can see the bathroom where she woke to find a woman washing her. This visit to the former garrison in 2001 is the first time Lola Dolor has returned. We were there on a day when class was not in session, but the school is still a school.