From the testimony of Lola Cristeta Alcober, Tacloban City, Leyte 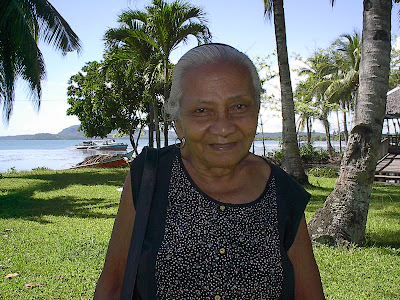 My brother and I were forced to walk about one kilometer and were brought to the garrison of the Japanese Army, which was situated near the airstrip along the beach of San Jose (Leyte).

Three days after I was taken there, I was raped by Japanese soldiers. That night, Japanese soldiers came to our hut and picked almost all of thirty women, including me. We were taken to the nearby beach. There were forty to fifty soldiers waiting for us and immediately started raping us under the coconut trees and banana trees. Since I resisted when I was going to be raped for the first time, I was slapped and fell to the ground. As I hit the left side of my body very hard, I broke my left collarbone. Yet, the Japanese soldiers mercilessly stabbed my groin with a bayonet while I was lying on the ground and started raping me not even minding my bleeding. That night, I was continuously raped by many soldiers. It was already 6 o’clock in the following morning when I was finally taken back to the hut. I was not able to receive any treatment for my broken collarbone and the wound in my groin. The following day, I was told to join the hard labor during the daytime as usual. There was nothing I could do but work. Because of this my left shoulder is still deformed.

Since then every night I was raped by two or three soldiers, or by as many as eight to nine soldiers. Every night, three soldiers came to pick up about ten of us as a group. We were handed over to other Japanese soldiers at the beach. It seemed some soldiers had come over from other garrisons and they used to wait in line for their turns. I felt as if raping went on and on endlessly day in and day out. Those soldiers who used to come to the hut to pick us up sometimes joined in the rape. Even during my period, I was forced to serve the sexual needs of the Japanese soldiers. They told me to wipe the menstrual flow with my clothes during intercourse and kept raping me pitilessly.

Above, Lola Cristeta stands on the shores of San Jose Beach in Leyte, where she was held captive by Japanese Soldiers. Below, is the view from San Jose Beach. 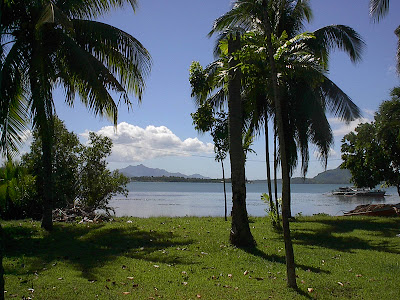