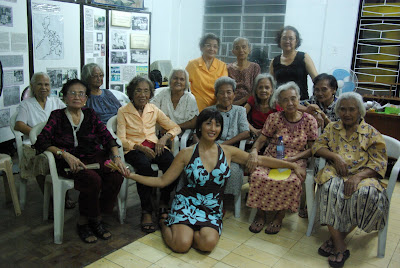 I’ve been in Manila for the last six weeks, contemplating and writing LOLAS’ HOUSE: Women Living with War. I’ve been researching this book now since 1999 and I have over 100 hours of taped interviews. In the book, I focus on 15 of the Lolas – once victims of the Japanese Imperial Army, then survivors and now, in their late eighties and nineties they have blossomed into wise heroines of unimaginable energy.

This year, I did not conduct any interviews. My mission was just to hang with the Lolas, to visit with them and to sing and dance with them. Every year it’s been about digging up the past, but this year, as I think about the shape of this book, as I review and try my best to understand the stories of these women, I decided to give it a rest and to just be with them. Anyway, since I am well aware that every time they reiterate their past, they live it again, I saw no need for it. It was time to party with the Lolas.

When I arrived in June, I visited them after their general meeting and I literally picked up the microphone and looked into the television screen and I sang “Come Together” and “Baby You Can Drive My Car” to the Lolas via videoke. Their response? They danced. They told me I had grown taller. They told me my teeth were so pretty – were they still real? 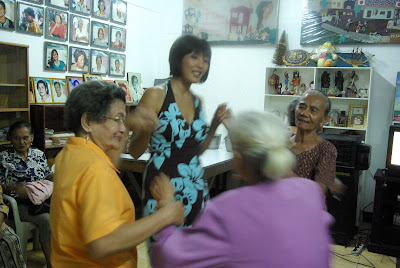 The Lolas have moved to a new center on Narra Street. It’s a space that several private Japanese citizens who believe they deserve that apology from their government, have helped them to attain. On one side, it’s still Lolas’ House, a place where they can have their gatherings – meetings and parties and sleepovers – on the other side LILA Pilipina has cleared a wide space and organized the materials, stories, photographs and numerous articles and artwork by and for the Lolas. It’s a research institute that will hold the history of the brave women of Liga Ng Mga Lolang Pilipina.

Already, Friends of Lolas in Miami has a stack of their own letters and petitions, photographs and t-shirts that they have donated to the Lolas in the last two years. In the short semester (where we experienced many obstacles), the University of Miami Friends of Lolas chapter was able to raise and donate about $700 to Lolas’ House.

This research institute is the dream of executive Director Rechilda Extremadura and all the supporters and pamana of the Lolas. It will be a way to preserve and document the women’s lives – not just that historic and tragic time during WWII, but their lives as women or as Rechie puts it, characters. 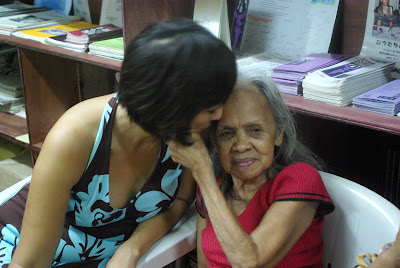 Creating such a place takes time and money, of course. And these days there is not that much of it and there is still so much to be done. The center has yet to establish a working computer/internet system, for example. And the records are kept in filing cabinets left from the daycare center that used to inhabit the space. It costs about thirty U.S. dollars a month to provide Lolas’ House with their daily sustenance. 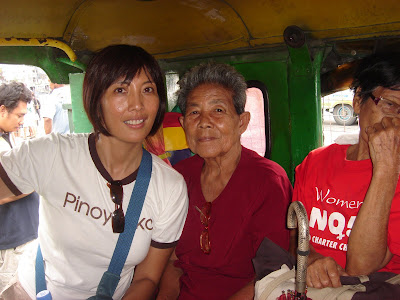 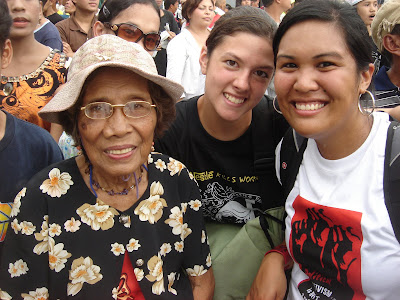 During my stay, I went with the Lolas to SONA – President Arroyo’s State of the Union Address. 15 of the women along with another 20 or so of their grandchildren and children boarded two very crowded jeepneys and arrived in time to join protestors at the People’s State of the Union stage. 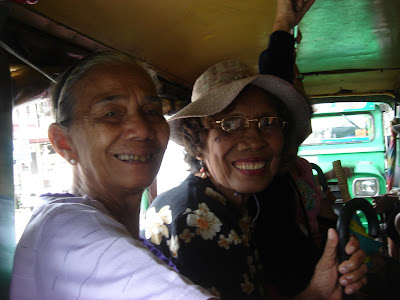 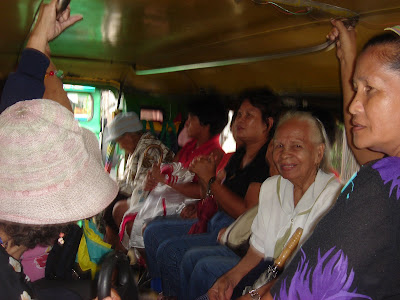 The jeeps were barred from coming all the way down Commonwealth Ave. So we had to step out and walk about a quarter mile to the stage. Of the 15 women, only Lola Pilar’s knees were strong enough to make the walk, so while the women could not be in the crowds, they showed their support at our jeepney base camp. LABAN! 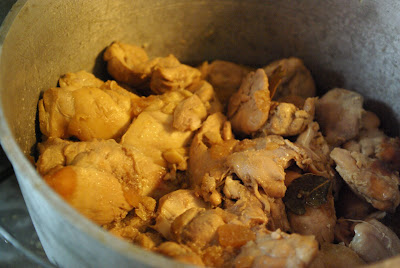 Then on my last Tuesday, we had a despedida party at Lolas’ House and I made two large calderas of chicken adobo, and sautéed petchi. At Lolas’ House the staff cooked pancit and rice while Filipino American students from the Amado V. Hernandez Resource Center’s PEACE Program brought the Lolas sweets, soft drinks and two bottles of wine. 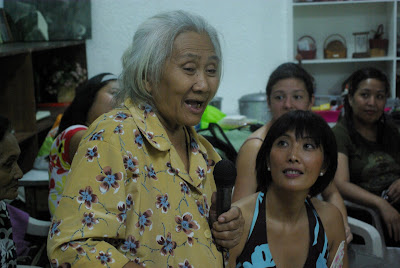 I won’t forget dancing with my lovely Lolas to videoke songs by the Carpenters, the Beatles, and their most favorite, ABBA! They are the ultimate dancing queens, my lolas. The other night, poet Neil Garcia said that I have the best lolas – the best grandmas, and I do. We did not hesitate to dance and sing to one another. We did not hesitate to hold onto each other and give kisses freely. I even shared a shot of wine (though we sipped it) with Lola Pilar. 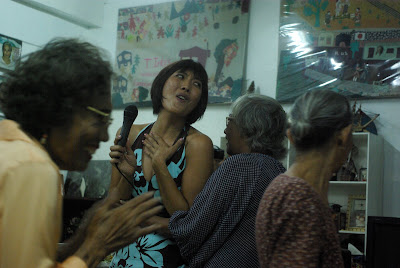 There was a moment when I was getting the food out while the Lolas and their Fil Am student visitors were singing songs to one another when someone said, “Your turn, Evelina.” So I said, “Okay.” So I grabbed the mic and I thought, what, what? And I sang a family song – one that my father sings to our mom and we sing to our nephews and nieces. It started out as a lullaby – kind of quiet and slow but as I sang they began to clap and so I sped the song up faster and by the second verse of “You Are My Sunshine” the lolas were on their feet, dragging the Fil Am students onto the dance floor and they were all dancing. The whole room.

Rechie is so right. In the ten years I have been visiting the lolas of LILA Pilipina they have transformed themselves from victims to survivors, to heroines to wild and wise characters and counselors.

Everybody raise the roof, raise your glasss to the Lolas! 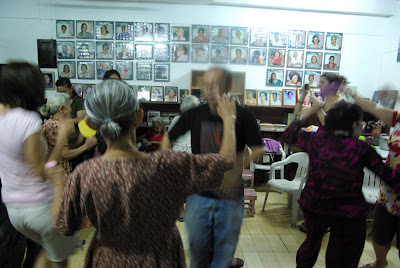 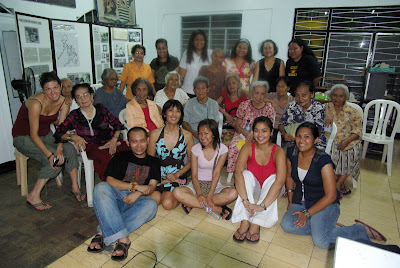