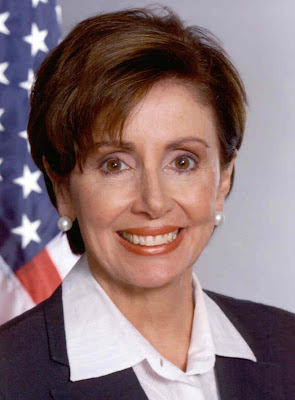 Washington, D.C. – Speaker Nancy Pelosi released the following statement today in support of a resolution calling on the Japanese government to formally acknowledge and apologize for its Imperial Armed Forces’ coercion of young women into sexual slavery, known as ‘comfort women,’ during its occupation of Asia and the Pacific Islands during the World War II era:

“Today, the House Foreign Affairs Committee made a strong statement in support of human rights by passing a resolution in support of the comfort women, who were coerced into sexual slavery by the Japanese Imperial Armed Forces during the World War II era.

“Congressman Mike Honda, Chair of the Congressional Asian Pacific American Caucus,is to be commended for his tireless advocacy on behalf of the comfort women and for those fighting for justice and human rights around the world.

“Japan is a valued friend and a crucial ally to the United States. As a responsible member of the international community, Japan is taking a leadership role on issues such as protecting the environment and providing humanitarian assistance for the poorest people in the world. Yet, in this case, the Japanese government needs to do more. It has been more than half a century since the horrors of World War II occurred, but it is not too late to recognize the mistakes of the past and educate future generations so that history will not repeat itself.

“Out of 200,000 women that were exploited as comfort women by the Japanese Imperial Army, only a few hundred are still alive. This resolution calls on the government of Japan to accept responsibility for the coercion of young women into sexual slavery during the war by making an unambiguous statement of apology.

“I look forward to the House of Representatives passing this resolution and sending a strong message that we will not forget the horrors endured by the comfort women. They have waited far too long, but it is not too late to recognize their courage.”