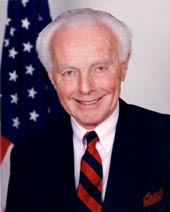 Remarks of Chairman Lantos on H. Res. 121, regarding Comfort Women, at committee markup

I would first like to commend my friend and neighbor in California, our distinguished colleague, Congressman Honda of California, for introducing this important resolution and for all his hard work to give voice to the victims in this matter.

The Government of Japan's unwillingness to offer a formal and unequivocal apology to the women forced to be sexual slaves in World War II stands in stark contrast to its role in the world today. Japan is a proud world leader and a valued U.S. ally, making its unwillingness to honestly account for its past all the more perplexing.

Japan is clearly our greatest friend in Asia and one of our closest partners in the world. The U.S-Japan relationship is the bedrock of peace and stability in the Asia-Pacific region. Our alliance and friendship are based on mutual respect and admiration, and together we have helped promote our shared values of democracy, economic opportunity, and human rights in Asia and throughout the world.

Yet, Japan's refusal to make an official government apology to the women who suffered as so-called "comfort women" is disturbing to all who value this relationship.

The true strength of a nation is tested when it is forced to confront the darkest chapters in its history. Will it have the courage to face up to the truth of its past, or will it hide from those truths in the desperate and foolish hope they will fade with time?

Post-War Germany made the right choice. Japan, on the other hand, has actively promoted historical amnesia.

The facts are plain: there can be no denying that the Japanese Imperial military coerced thousands upon thousands of women, primarily Chinese and Koreans, into sexual slavery during the war.

The continued efforts by some in Japan to distort history and play a game of blame-the-victim are also highly disturbing. Most recently, on June 14th, members of the Japanese government took out an advertisement in the Washington Post that smears the survivors of the comfort women system, including those who testified before our Subcommittee on Asia, Pacific, and Global Affairs.

The advertisement suggests that these women, who were forcibly and repeatedly raped by soldiers, were engaged, and I quote, in "licensed prostitution that was commonplace around the world at the time." This is a ludicrous assertion totally counter to the facts.

Our resolution calls on the Government of Japan to officially acknowledge and apologize for the appalling acts that Imperial Japan committed against the "comfort women." It is a resolution that seeks admission of a horrible truth in order that this horror may never be perpetrated again.

But most importantly, it speaks out for the victims of this monstrous act, who were terrorized and brutalized by men at war. It gives voice to these courageous women whom others have tried to silence through shame, bigotry, and threats of further violence.

It is appropriate that this House stand up for these women, who ask only that the truth be honored.

Finally, let me clear up the intent of Congress: we do not want our good friend and ally Japan to believe we regard them in perpetual punishment for their refusal to acknowledge the comfort women episode. We want a full reckoning of history to help everyone heal, and then move on.

I strongly support this resolution and I urge all of my colleagues across the aisle to do so likewise.


as reported by THE NELSON REPORT 6/26